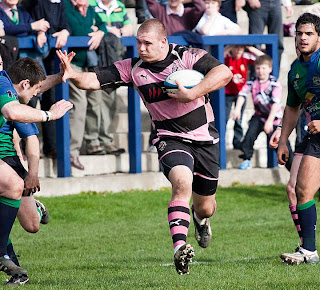 For the full story go here.
Posted by Ayr Rugby Club at 23:22 No comments:

Stunning Win at Dumbreck
Ayr had two teams at the NCS Glasgow City Sevens this afternoon. In the main adult competition Ayr were beaten by Glasgow Hawks in the quarter-final stages after the competition had been rejigged.

The big Ayr cheers were reserved however for the Under 15s side who qualified for the final and won in an excellent display against Cartha QP RFC on the main pitch. With some high quality tries and excellent defence the future of the club is in good hands as this squad comes through the ranks. 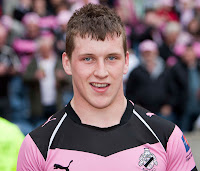 Scottish Rugby confirmed the move to the French club's academy in a press release this morning. Mark, who has lit up the Premier 1 scene this season, is a product of the excellent youth provision at Cumnock RFC and latterly here at Millbrae. He has played through the representative ranks too in the Pathway and Glasgow District programme and for Scotland Under 20s in this year's 6 Nations campaign. He played for Glasgow Warriors against Leinster in Dublin last week. Mark is a member of the Elite Development Programme attached to Glasgow Warriors.

Ayr supporters will be sad to see him go but wish him well. His last accolade was to pick up the Man of the Match Award in our dramatic Cup win against Melrose at Murrayfield. He's pictured below going in for his try. 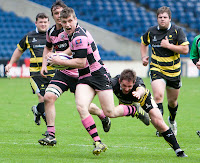 Although unable to pick up a full-time professional contract in Scotland, this is an exciting move for the talented youngster and we will be keeping a very close eye on his progress and future achievements. Mark and his family have become a real part of the fabric at Millbrae and they will always be welcome here.

We hope the French players can keep up with him!
Posted by Ayr Rugby Club at 12:25 No comments:

Ayr RFC is justifiably considered to be the top club in the country, Melrose may contest this of course, but the Alloway club has another Cup win in the bag, will feature again in the British and Irish Cup, has a league winning 2nd XV and a full programme of rugby throughout the club with thriving mini and midi sections.
You just can't ignore, however, Ayr's representative season for 2010/11 it is unrivalled: 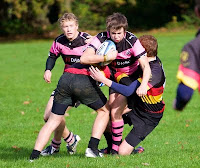 ﻿
Glasgow Under 17s:  above Danny McCluskey, supporting the ball carrier; below Robbie Mackie propping against West of Scotland in the Cup semi-final.

Glasgow and Scotland Under 18s: below Mark Bennett, Murray Beckwith and Robbie Fergusson. Mark also represented his country in the Scotland Under 20s 6 Nations campaign and played for Glasgow Warriors against Leinster in the Magners League.
﻿﻿ 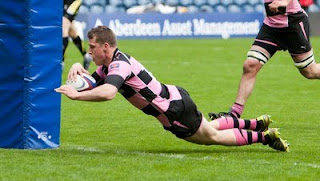 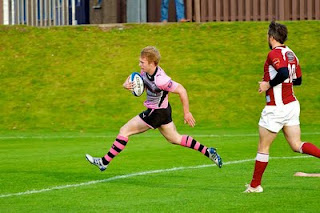 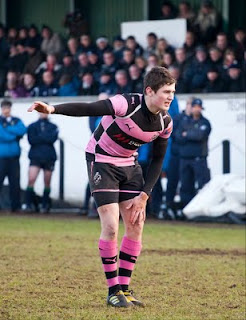 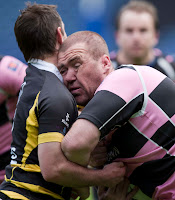 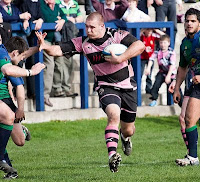 Paul Burke (below) trained and played with Glasgow Warriors. 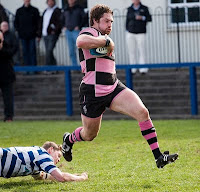 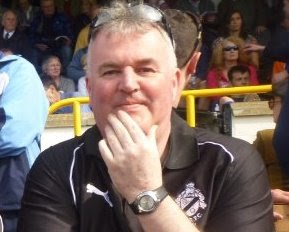 Well done to everyone involved and if you want to be part of Ayr's success story too, then you'll be most welcome.
Posted by Ayr Rugby Club at 14:57 No comments:

Highlights of the absorbing match at Murrayfield where the Under 16 Cup was shared by Ayr RFC and Stirling County RFC can be seen on Scottish Rugby TV.

Go here to see the all the action.
Posted by Ayr Rugby Club at 13:43 No comments: 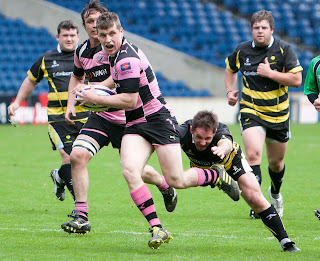 For full story go here.
Posted by Ayr Rugby Club at 13:29 No comments: