If your rugby withdrawal symptoms just refuse to abate and you can't wait for the new season to kick off in August, then fear not, because two of Ayr's 1st XV players have the solution.  Turnberry Beach Rugby is the brain child of Andrew Dunlop and Stuart Fenwick, and takes place this weekend.

Men's and women's teams will compete on the sandy shores of Turnberry in a fast-paced and exciting competition that boasts free admission to daytime spectators.  Play begins at midday on Saturday.

Full details are on the event's Facebook page.
Posted by Ayr Rugby Club at 09:18 No comments: 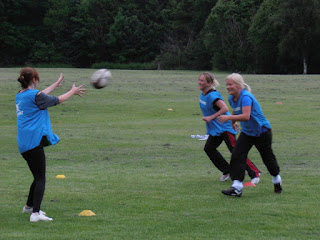 Ayr RFC hosted its first women's rugby training session on Monday evening at Rozelle Park.  Women's rugby has steadily been rising in playing and spectator numbers over the past decade, and Ayr is now getting in on the act.

South Ayrshire SRU development officer, and Ayr 1st XV player, Stuart Fenwick decided to run a taster session after Queen Margaret Academy pupils suggested there was an appetite for women's rugby in Ayrshire.  Open to those aged fourteen years and over, the session attracted fifteen women of various ages and abilities. 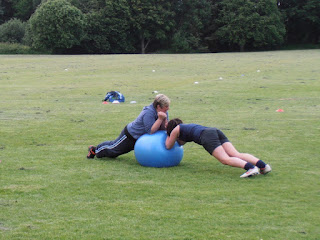 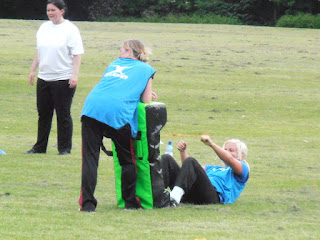 Over an hour and a half, the women took part in touch rugby games, rugby-specific circuits, strength and tackling training.  Stuart was assisted by Lindsey Smith, the SRU's women's co-ordinator for the west of Scotland and apprentice William Black.

All fifteen women seemed to be having a great time, and as one spectator noted, "It looks more fun than going to the gym." 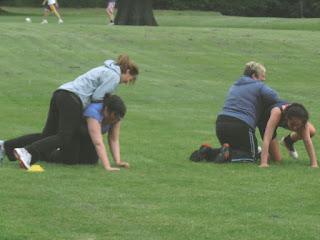 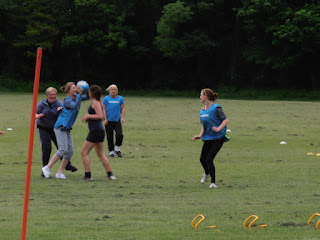 "It was hard work, but good fun," commented Ann Marie Connelly.  "We enjoyed the bonding."

Stuart was pleased with the tournout and hopes for higher numbers next week, when he holds another training session at Rozelle.  Sessions will relocate to Millbrae when the pitches have undergone their final pre-season preparation.

Keep an eye on our Facebook page for details.