Ayr Rugby Club is delighted to announce the launch of its Rugby Academy. The club recognises its status within rugby as well as having a hugely successful and busy youth section. The establishing of a Rugby Academy is the next step in the continued growth of the club and enhances the development of individual players and teams from U14s right up to adult players.

The academy will mirror the work of the current SRU system and focus on six main strands in developing the players; technical, tactical, mental, physical, nutrition and team functioning.

A management board will supervise the  work of the academy comprising; the club President, Director of Rugby, Youth Convenor and 1st XV coaches. The Ayr Rugby Academy will be led by its Head Coach, Colin White (pictured below) who is a qualified PE teacher and former professional rugby player with Glasgow Warriors and in Italy. Colin has played age grade rugby for Scotland at U18, U19 and U21 levels as well as a couple of seasons for Scotland Sevens in the IRB World series events. 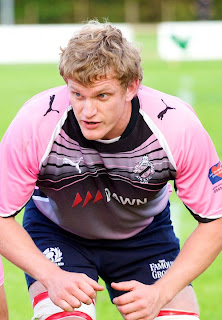 The club has plans to refurbish and develop the facilities at Millbrae which will support the work of the Academy.

A range of players have been nominated and selected to join and are now completing their applications. More details later.

"This is an important development for the club," says President Billy McHarg. " We see this as a logical step for our club and for future academy provision in Scotland. The club invests heavily in rugby across all ages and we recognise the need to offer as much as we can to our players. Colin is an ideal appointment given his experiences and qualifications."

Players will benefit from flexible, individual programmes including important, relevant strength and conditioning advice. It is expected that between 25-35 players will take up the offer of a place with the youngest players aged 13 years and the oldest likely to be playing in the 1st XV at 22.

Whilst the work of the new Ayr Rugby Academy is just beginning there will be an official launch shortly when the first group of players is confirmed. Watch this space.
Posted by Ayr Rugby Club at 19:29 No comments:

Frazier Climo starred in Taranaki's win over Southland on Wednesday night to claim the Ranfurly Shield. So important is the win in the province that everyone is pitching in to have the stadium ready for an expected crowd of 20,000 to see Taranaki defend the Shield against Hawkes Bay this Sunday.

Go here for news article on the win and watch the video - see if you can spot Crackles! 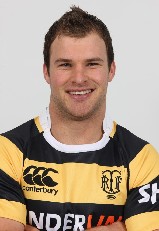 MacArthur, Hogg and Reid in Warriors Team for Sale

Pat MacArthur and Stuart Hogg start for Warriors tomorrow night against Sale while Gordon Reid is on the bench. Ayr favourite MacArthur takes the hooker spot whilst our latest recruit Stuart Hogg is at full back following his excellent performance against Newcastle. Gordy provides prop cover and is released for the weekend to Ayr for the opening RBS Premier 1 clash at Millbrae with Edinburgh Accies.
Posted by Ayr Rugby Club at 11:18 No comments:

Mark starred for ASM Clermont Auvergne in their victory over Llanelli, coming off the bench and making a big impact on the game.


Having just arrived at the French side's academy he is clearly making a good impression already with this outing for the top team alongside the likes of Floch, Vermeulen, Brock James and Jason White.

Go here for match report.
Posted by Ayr Rugby Club at 15:23 No comments:

Ayr RFC is delighted to welcome the following Warriors players to the club following the recent pro player draft:

The first two need no introduction: 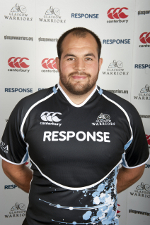 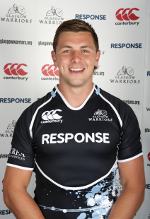 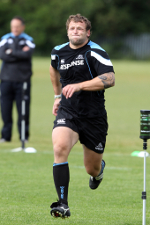 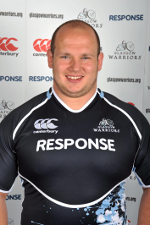 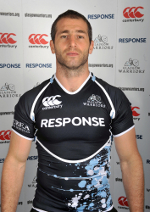 It's finally happened, despite a year's ribbing from the Ayr boys last season when Gordon Reid was on a training contract, last night he turned up at Millbrae as a fully fledged Glasgow Warrior. 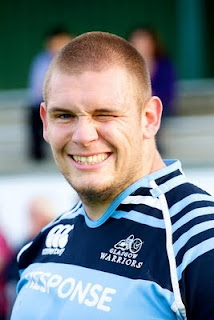 Of course we still get him in the pro player draft!

Ayr's teenage star Robbie Fergusson has been selected for Scotland's 12 man squad for the Youth Commonwealth Games to be held on the Isle of Man between the 6th and 13th September 2011. 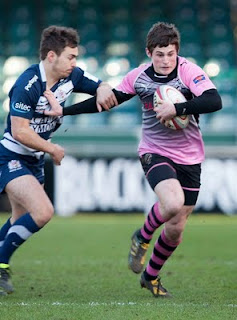 Hawick and Scotland Under 20s start Stuart Hogg has joined Ayr for the forthcoming season.
﻿
﻿
Posted by Ayr Rugby Club at 13:18 No comments: