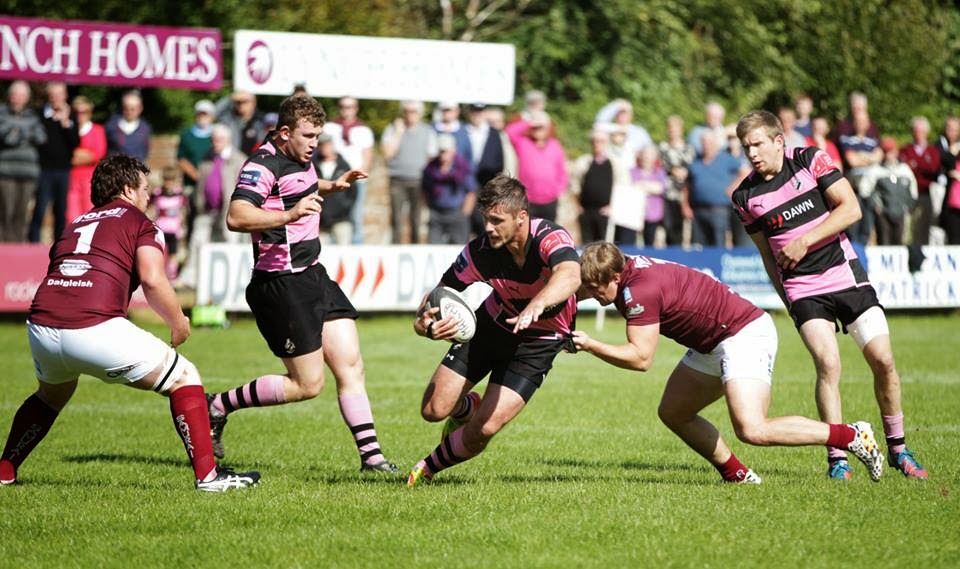 All's fair in love and rugby, and Ayr and Glasgow Hawks will be battling it out with head and heart on St Valentine's Day when they meet in the quarter-finals of the BT Cup at Old Anniesland.

There's almost nothing these two west coast rivals don't know about each other, having exchanged players and coaches over the years, as well as competing in some entertaining and tense matches, none more so than last year's cup quarter-final which Hawks won.

Ayr's head coach Calum Forrester is keen to see his troops lace up their boots for something more than training after a few weeks away from competition.

"It has been a very frustrating period with a lack of matches," he says.  "But the players have trained very well throughout and there is no better match to look forward to than a cup quarter-final derby clash against the Glasgow Hawks."

He continues: "So far this season we have had two very close and physical encounters with them and we expect the same again this weekend.  Our intensity at training has increased as we have built towards this match, looking to avenge last season’s quarter-final defeat."

In the squad, Ross Curle starts at stand-off after leading the Scotland Club XV to victory against their Irish counterparts last week.  Richard Dalgleish moves on to the wing, with Robbie Fergusson taking Curle's outside centre berth.

In the forwards, Graham Fisken, Andrew Dunlop and Blair Macpherson make up a speedy back row, whilst Stuart Fenwick adds pace to the front row.

Glasgow Warriors have released Dougie Hall and Murray McConnell as they continue to make their comebacks from injury and they take their place on the bench, from where long-time Ayr favourite Gordon Sykes will hopefully make his first appearance in a pink and black shirt this season.

There is a supporters' bus leaving from Millbrae on Saturday for this match, so see our Facebook page for details.
Posted by Ayr Rugby Club at 09:49